For those of you that don't know, I'm a massive cycling fan. A lot of the world's cycling races take up my nights and mornings, including the Tour de France.

Cadel Evans is the first Australian to win the Tour. By winning the time trial on the 20th stage of the 2011 Tour, Cadel has won the race. There is one day to go, however by convention the GC leaders (that is, the riders who compete for the yellow jersey which represents the overall fastest time) never compete against each other on the last day.

In terms of his history in the Tour, Cadel has come second twice (2007, 2008) fourth once (2006) and eighth once (2005). He won the World Championships in 2009 in Mendrisio, Switzerland, and he has followed up his successful career by taking the biggest race in the world. 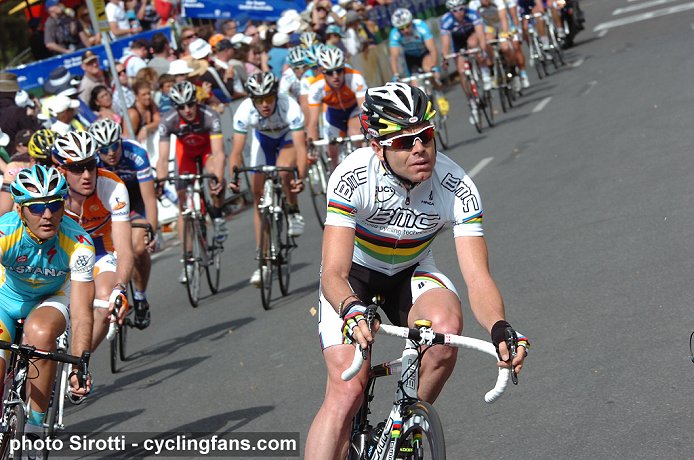 Email ThisBlogThis!Share to TwitterShare to FacebookShare to Pinterest
Labels: Sport